Pro teams are open to players ages 19+ (younger players may be invited on a case by case basis. Players within Alexandria’s Futsal ID program must receive approval and recommendation from Futsal ID Director).

ASA Futsal PRO teams are open to players ages 19+ who demonstrate the ability to compete at a high level on the futsal court while embracing the core values of ASA. (Players younger than 19 may be invited on a case by case basis. Players within Alexandria’s Futsal ID youth program must receive approval and recommendation from Futsal ID Director).

The national, professional, semi-professional, amateur and youth futsal landscape in the United States has exploded over the last decade and continues to evolve into a structured, pathway oriented system. Select clubs nationwide have identified the importance of top-level futsal within their organization and ASA launched PRO Futsal Men’s and Women’s teams in 2019 to join the movement.

ASA Futsal PRO competes in regional and national matches, leagues, tournaments and events aspiring to be the gold-standard across the USA. The program consists of many players with pedigrees as current or past collegiate, professional or like-minded athletes. There is a unique futsal buzz in the Alexandria, Virginia region – ASA Futsal PRO events are well-attended and heavily supported by our ASA Futsal ID youth families and passionate futsal community.

ASA Futsal Pro prides itself in building a high quality player pool and fielding teams of experienced players. Official tryouts are on the horizon for the 2021-2022 season.

Please register via the below button. Our ASA Futsal PRO 2021-2022 official tryout period will take place in October/November 2021. Before and after the tryout period, the ASA Futsal PRO program will accommodate supplemental training and evaluation options to provide opportunities to be considered. 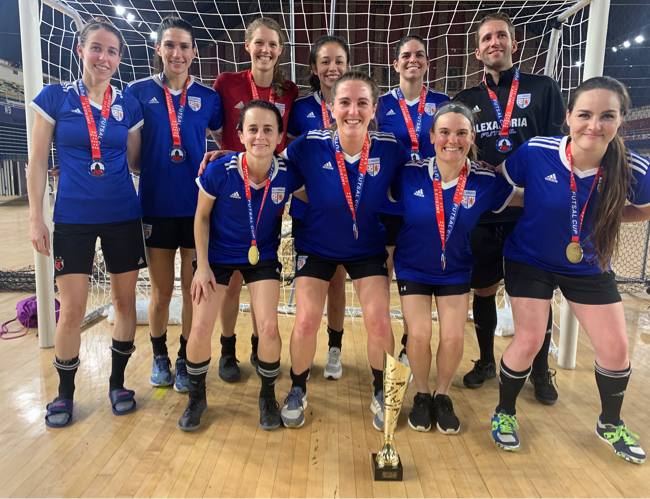 Please note: Due to COVID-19, all futsal programming is being monitored closely to support a healthy and safe environment. ASA futsal programs will utilize both indoor facilities and multi-use hard court outdoor surfaces in Alexandria. Read ASA’s full COVID-19 safety policies and procedures.

In the Fall of 2019 ASA launched a Professional Futsal program with women’s and men’s teams. In the inaugural season the teams are playing an In the Fall of 2019 ASA launched a Professional Futsal program with women’s and men’s teams. In the inaugural season the teams are playing an

The Alexandria Futsal PRO program is looking for a select few sponsors to support the program’s mission. The Futsal PRO program aims to be a pathway for rising youth players while creating a gold-standard Futsal experience at Alexandria training and exhibition matches. Unique and impactful opportunities are available to support and reach the Alexandria & DMV community via a professional sports environment. Please reach out to [email protected] for more information.